Breathed a Sigh of Relief

The Creation of Under ∞ Line

We Are (digitally becoming) Spectacle(s) Playwright and Director
Yan Pat To

‘She’ left Hong Kong and has become the host of the programme ‘Goldfish of London’ at the Radio of London Hong Kongers. She shares stories and memories of Hong Kong. Suddenly, Yan Pat To, the writer/director of the show, makes a phone call to the programme and shares his new work……

A Poem in Jail is inspired by a bed-board with a love poem found in a women’s prison. This groundbreaking immersive production features artists across disciplines including Yan Pat To (theatre), Kingsley Ng (media installation), Adrian Yeung (video artist), Jass Leung (dramaturg) and Chow Yiu Fai (lyric Artist).  A Poem in Jail (in progress) – Happy Together Till the Next Century Comes carries a fragment of the time and space of the immersive theatre A Poem in Jail. This fragment is a short episode not revealed in the show. A Poem in Jail will premiere in 2021, so please stay tuned to the Tai Kwun website for the latest announcement.

The first 500 audience members will receive a postcard sent by ‘her’ after completing the questionnaire. The postcard tells a story un-presented in the show of next year.

Video would be available here from 24 Sep, for free. Stay tuned and don’t miss it. Yan Pat To
Playwright and Director

Yan Pat To is a playwright, director, writer, and educator active in both Hong Kong and Germany. He received his MA in Playwriting at Royal Holloway, University of London, and graduated with distinction. He is currently Artistic Director of Reframe Theatre, Visiting Lecturer in the School of Drama at the Hong Kong Academy for Performing Arts (Dramaturgy), the elected Council Member (in the Literary Arts art form) and Art Form Group (Literary Arts) Chairman at the Hong Kong Arts Development Council. His play A Concise History of Future China is selected by 2016 Berliner Festspiele Theatertreffen Stuckemart as one of the five theatrical works presented. It is the first ethnic Chinese play ever selected, and the stage reading in German is performed in both 2020 and 2021. Yan was a resident artist at the Munich Residenztheater in 2018 with the commissioned work Happily Ever After Nuclear Explosion performed in Hong Kong and Korea in 2019. The play is nominated for Best Play at the 12th Hong Kong Theatre Libre, and is invited for performance at CINARS Biennale 2020 in Canada. His earlier work White Blaze of the Morning is awarded Best Play at the 8th Hong Kong Theatre Libre, and he is nominated for Director of the Year at the IATC(HK) Critics Awards 2019 for Goldfish of Berlin. Photograph courtesy of ArtAsiaPacific and the artist

Kingsley Ng is an interdisciplinary designer and artist working primarily on site-specific, process-based and participatory projects. Ng crafts a relationship between the work and its context through media and formats including interactive installations, public workshops, sound, spatial design and experiential design. He graduated from Ryerson University, Le Fresnoy – National Studio of Contemporary Arts, and the University of Edinburgh. His art and design projects have been exhibited at venues such as the IRCAM – Centre Pompidou (France), Museum of Contemporary Art of Rome (Italy), Milan Design Week, Australian Centre for Contemporary Art, Echigo-Tsumari Art Triennial in Japan, Land Art Mongolia, Shanghai World Expo, and Guangzhou Triennial. He is recipient of a number of grants and awards including the Hong Kong Contemporary Art Biennial Awards 2009, Award for Best Artist (Media Arts) at the 2013 Hong Kong Arts Development Awards, and a grant from the Asian Cultural Council for overseas research. Ng is currently an assistant professor at the Academy of Visual Arts, Hong Kong Baptist University. 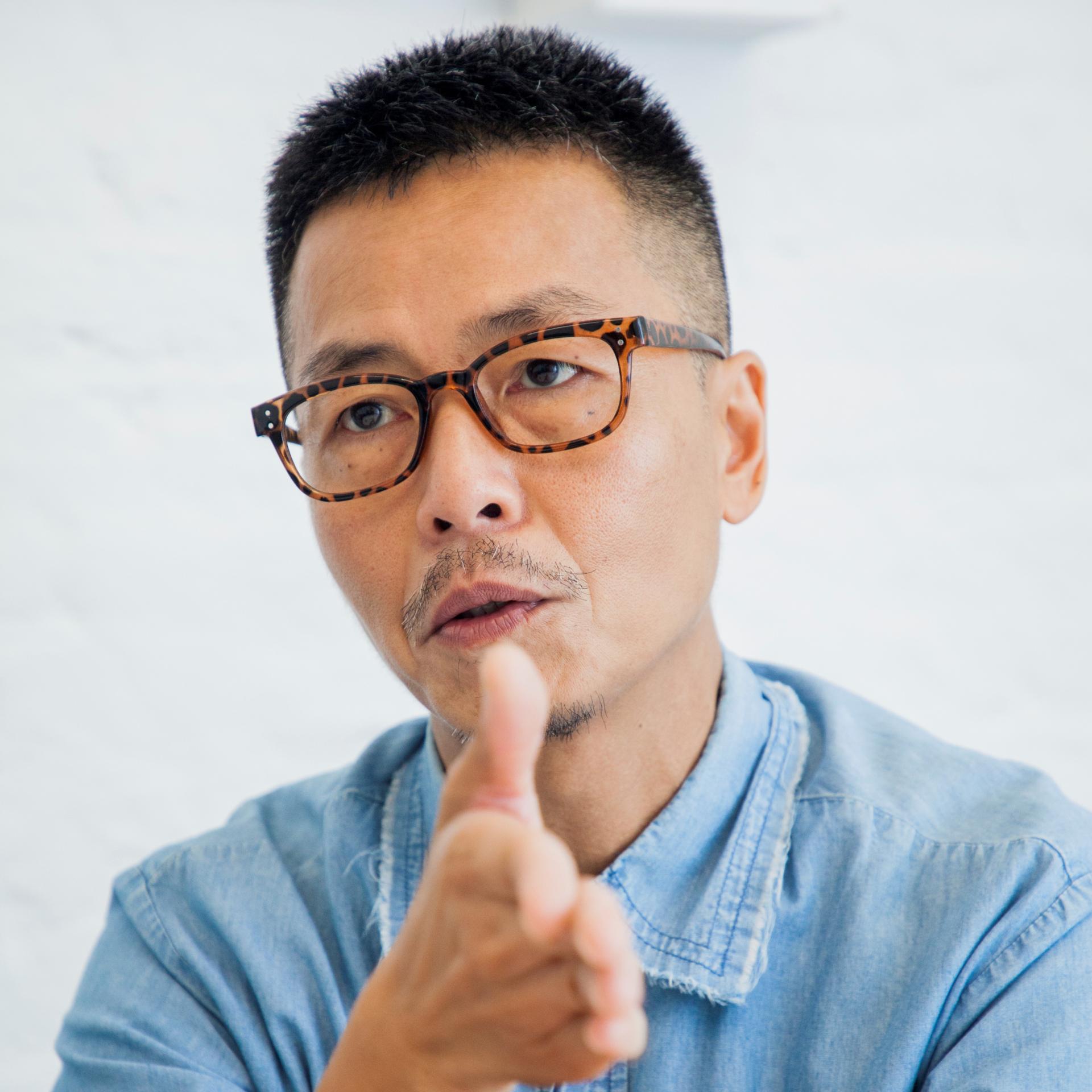 Chow Yiu Fai is a renowned Hong Kong lyricist with more than 1,000 lyrical works produced in Mainland, Taiwan and Hong Kong since 1989. In addition to lyric writing which has earned him numerous accolades, Chow is also a writer of prose and stories.  His prose work A Long, Long Farewell won the Recommendation Prize of the 13th Hong Kong Biennale Awards for Chinese Literature (Essays) in 2015. One Body, Two Persons, a collection of short stories, was selected in the 27th Secondary Students' Best Ten Books Election. Chow has been increasingly involved in multi-media and visual art projects with recent works including Utopia, Momentarily in the New Vision Arts Festival and IFIFIFIFIFIFIFIFIFIFIFIFIF in the Animamix Biennale 2018. Chow Yiu Fai received his PhD degree at the Amsterdam School of Communication Research, University of Amsterdam. Currently an Associate Professor at the Department of Humanities and Creative Writing of Hong Kong Baptist University, Chow’s research fields include gender and sexuality, creative practices and cultural studies at large. He has published numerous articles in top-tier journals and he co-authored the book Sonic Multiplicities: Hong Kong Pop and the Global Circulation of Sound and Image.