Exhibitions & Programmes
Dance Season: THE MESSAGE BEHIND THE WALL BY 198491
General
Download File(s)

The dance triptych The Message Behind The Wall by 198491 is a non-linear portrayal of Hong Kong as rendered by three enigmatic dancers. In Joseph Lee’s The World Was Once Flat, Hong Kong is explored anew through numbers that have become the common lexicon of his personal experience and of recent Hong Kong history. The emotional weight of these numbers is evoked through thoughtful choreography. In Bird-Watching, Rebecca Wong objectifies herself wittily via an installation sculpture. Being observed, gazed at, and imagined…..the shifting perspectives on the body form an abstract narrative on how the female figure is perceived by the audience or society at large. Confine by KT Yau portrays the breakdown of communication. The brick wall segregates worlds, defining the boundary of freedom and disrupting synchronisation. Whether inside or outside the barrier, people only receive scant answers from a barrage of questions. Strung together with youthful humour, poignancy and rebellion, the three pieces may very well differ in style but offer a compelling, collective reflection on their common subject. 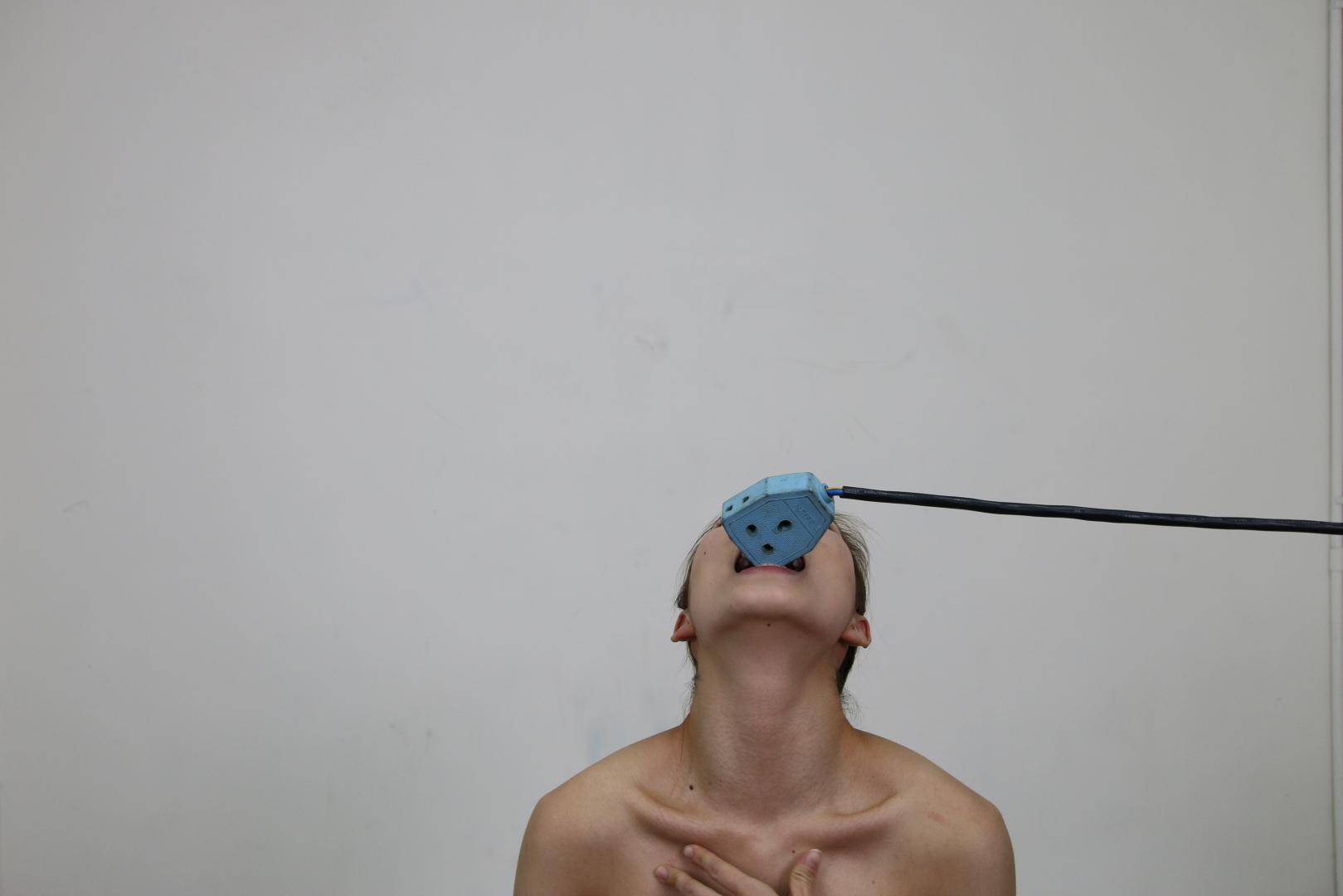 Joseph Lee began his dance training at the age of seventeen. Upon his graduation in the Chinese University of Hong Kong with a bachelor in Professional Accountancy, he decided to further his dance training at The Place, London Contemporary Dance School in UK, where he obtained his Master of Arts (Contemporary Dance) in 2015. Lee joined Unlock Dancing Plaza as an apprentice on his return in early 2015 and became their resident artist afterwards. He has worked with Crystal Pite, Maresa Von Stockert, Emmanuelle Vo-dinh and Chou Shu-yi, etc., performing across countries and cities including France, UK, Japan, Taiwan, Korea, Singapore and Malaysia. His recent choreographed works included It tastes like you (2016), Folding Echoes (2016), and The World Was Once Flat (2018).

Lee received the Award for Young Artists at the Hong Kong Arts Development Awards, and was recognised with a Chin Lin Foundation Emerging Choreographer Award for his solo work Pardon…Pardon? (2016). His directorial debut, the dance video It tastes like you (2016), was selected for screening at the Jumping Frame International Dance Video Festival 2016 (awarded the Audience’s Choice Award) among other arts festivals. He recently launched the dance project re:do/ Joseph Lee/ KT Yau with KT Yau Ka-hei in 2017. Rebecca Wong is a graduate of the Hong Kong Academy for Performing Arts. Her choreography and performances question stereotypes from a female perspective. At times provocative, her works evoke a revaluation of attitudes by and towards women, body, and desires—especially sex. As a dance artist, Wong seeks to enrich her choreography through the contemplation of social issues. She anticipates creating more works from the perspective of women who question traditional Asian mindsets. Her major works included When Time Limps, Woman.Body, 19841012 and Nook, and she has performed in many countries, including Iceland, Japan, Korea, Malaysia, Singapore and China.

Wong studied Butoh under master Yukio Waguri and participated in the theatrical production White Room in 2016. She was awarded a scholarship in 2017 to join the Atlas choreography workshops at the ImPulsTanz Vienna International Dance Festival. In 2018 Wong participated in the Creative meeting Point: Hong Kong x Barcelona residency exchange programme with the support of West Kowloon Cultural District Authority. KT Yau Ka Hei graduated with a Bachelor of Fine Arts Degree (Honours) in Contemporary Dance from The Hong Kong Academy for Performing Arts, and was awarded the Mainland Exchange scholarship from HSBC during her study. She received the Emerging Choreographer Award at the Hong Kong Dance Award 2018. For her work Unmixed in the New Force in Motion series presented by LCSD, Yau also received the Outstanding Small Venue Production Award at the Hong Kong Dance Awards 2018.

As a dancer, she has collaborated with numerous renowned local organisations and arts festivals including Hong Kong Dance Company, Y-space Dance Company, Unlock Dancing Plaza, Hong Kong Arts Festival, Hong Kong Philharmonic Orchestra, Hong Kong Repertory Theatre and Theatre Ronin. Her recent works include Unmixed, a work that highlights the restrictions and rules imposed on youth from society; Remain Invisible, a solo work that opens up imagination on bodily existence with a touch of black humour; and Stubborn...ing, presenting an intriguing and playful wrestle in power and energy between two dancers.

The running time of each performance is approximately 90 minutes long, without intermission. Latecomers may only be admitted at a suitable break.

This performance contains scenes with nudity

Persons under the age of 14 will not be admitted.